Carol Smallwood received a MLS from Western Michigan University, MA in History from Eastern Michigan University.  Women on Poetry: Writing, Revising, Publishing and Teaching; Women Writing on Family: Tips on Writing, Teaching and Publishing; Compartments: Poems on Nature, Femininity, and Other Realms (a Pushcart nominee) are some releases outside librarianship. Her library experience includes school, public, academic, special, as well as administration and being a consultant. 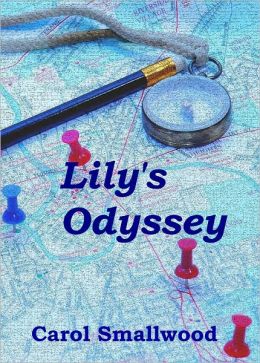 Dirk would think of me years from now with pleasure but I wished my time in the sun had been longer. It was spring also when I first fell in love at 19 and perhaps it wouldn’t ever happen again.

I dreamed I was with another boy not from Nicolet City sightseeing in an old city often in my dreams: a medieval, ornate city full of ginger-colored crumbling buildings so large they covered blocks but had no doors. One of us finds a cat that’s dead and I’m relieved it is. We are in an alley and I’m overpowered and injected with many needles by evil people. I turn into a white dove and put with thousands of variegated pigeons in a large courtyard. At night we are experimented on. The only time I can hope to be rescued is when I’m out in the courtyard. I stand in the same place in the front row where people pass and roll my wings in an intricate pattern so someone would recognize I was different and be rescued. Finally the boy not from here walked by and recognized me; he tried to get me out but couldn’t.

Everytime I heard the popular song by Mr. Mister, “Take these broken wings and learn to fly again and learn to live so free,” it reminds me of the dream.

To get rid of the vivid dream, I washed all of Jenny’s clothes and after I’d hung them outside they looked like day after day of her life in review. I avoided looking at neighbor’s yard because it had a live trap there. The squirrels were let go but thinking of them trapped was what I couldn’t take.

After I read Dirk my vivid dream about the dove and pigeons, he said, “It has a feeling of hopelessness. You know I’m the boy out of town.” I nodded. “I’ll set you up in a women’s group after talking to the leader. I don’t think with your record you should have individual sessions with a male therapist.” He frowned and I was sorry I’d displeased him after all he’d done for me. I gave him what I’d written like he asked and hoped after the next session I’d be able to carry on without him. I could continue to see him in Centeton but it didn’t seem right.

He got an odd, self-conscious look and said, “My wife and daughters are in Michigan visiting relatives the rest of the week.” He looked at me as intently like Uncle Walt about to tell a dirty joke, felt ashamed of the comparison and smiled politely. He continued, “So I’m alone and have been eating my meals out of cans.” I didn’t know what to say and he seemed to be expecting something-was he hinting for some home cooked meals? Shouldn’t I do that after all he’d done for me?

By the next day I was pretty sure he was making himself available. The cheap sausage I fixed for lunch must have been bad because it upset my stomach so I buried the rest. The new paper I got kept jamming in my printer, but at least I had my book to work on and common sense told me it was the most important thing I had going to help my future; I worked all day and into the night, relieving my back by stretching out on the floor.

On Sunday I went to church, worked, plucked some gray hair, tried new eye shadow, conditioned my hair and kept hoping Dirk would say he couldn’t leave me and all would continue like before.

The next day I got a new summer dress on sale “to make room for fall arrivals.” I also got new nylons, a slip, shoes, and made an appointment for a permanent.

In the days that followed there were times I felt such a great need for Dirk that everything else seemed unimportant. Was I a fool not to have responded when he said he was alone? The last words that I wrote in my journal he requested read: “Going to my last session will be like going to the guillotine. Funny about guillotines—they were invented by a doctor so death would be more humane.”

Get your copy of Lily’s Odyssey from the following places: Amazon (US), Amazon (UK), Barnes & Noble,

Librarians as Community Partners: an Outreach Handbook; Pre-and Post-Retirement Tips for Librarians; Bringing the Arts into the Library are recent ALA anthologies.

This entry was posted on November 17, 2013 at 6:59 pm and is filed under Author Promotions, Authors, Coin Writers. You can follow any responses to this entry through the RSS 2.0 feed.