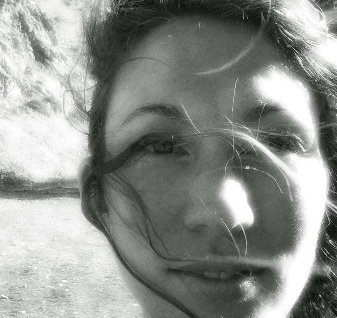 Meet Erin…
Born and raised in the Pacific Northwest, Erin Cole is a writer of dark and speculative fiction and has been published in over 50 print and online publications.

She is the author of the mystery novel, Grave Echoes, the short collections of horror, Of the Night and After Dusk, and a long fiction story, The Shadow People.  She is currently working on her second novel, Wicked Tempest and a werewolf novella, Feral Things.

She also contributed to The Glass Coin with the poem, Black Fuchsia. 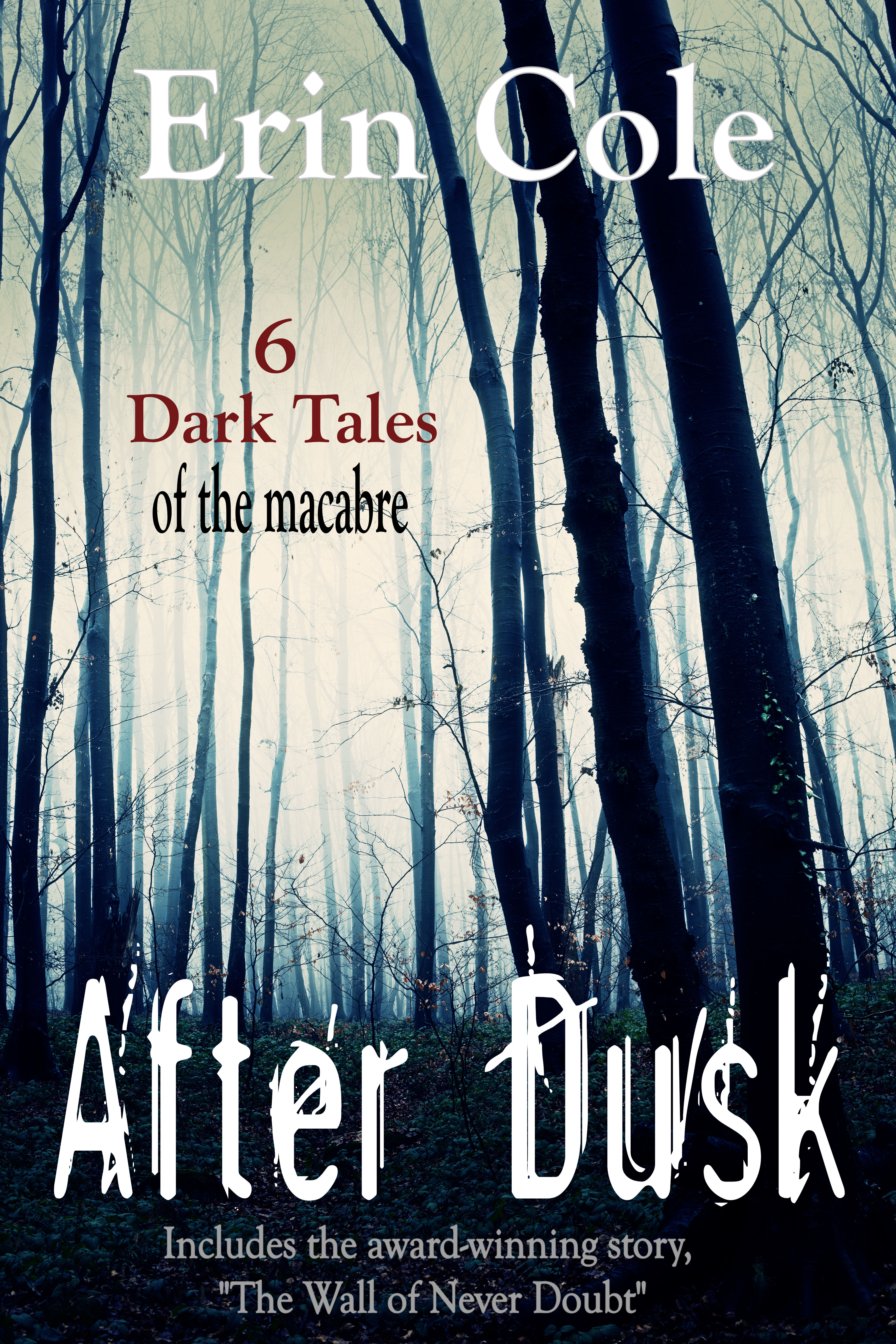 Read 6 dark tales
In these six short stories, there is a unifying theme that darkness is a more than just a brooding atmosphere filled with the unknown. It threatens to become apart of the character and a presence in the reader.

The Girl Who Wouldn’t Die: On a sunny, winter morning, Kim Campbell left the Gene Replacement Center a changed woman … One would think having multiple selves would make life easier, more fun even. But that hasn’t been the case … because if she thought of something bad, one of the Kims would act on it. And everyone knows how hard it is to stop thinking of something.

The House on Cornerstone Road: Vivien gathered something had crawled inside her mind, like a shiny, black beetle, a subtle presence with antenna-like energy. She found it easier to let the house speak through her vocally so as not to get confused between her own thoughts and those of the walls. But the ghastly words emitted from her mouth only separated her selves further apart, and one of them was clearly evolving stronger than the other.

The Witch’s Hollows: Across town, giant sink holes tunneled into the ground, swallowing the land and all that had been above it. Everybody had a hollow in his or her yard. Everyone, but Lucinda. Giant monsters were one thing, but Lucinda Bodden, the witch who lived in Hawthorne Gulley, represented a different kind of danger entirely. In Anna’s mind, she had no doubt now that the tunnel led to a giant monster, and she was falling down its throat.

The Poison of Its Filamentous Lariats: Ryhan imagined herself stripping the town’s nervous apprehension down to similar perspectives, exposing the costly lengths of their silent, infectious secrets. In a moment of honest reflection, she supposed a part of her also wanted to know whether or not there was an octopus monster in Zigzag, Oregon. She looked down at her feet. ‘The forest floor has come to life.’ Her last thought was ‘monster.’

The Invasion: The bugs grew bigger, faster, and more aggressive … John had his theories of what was happening to me: the Morgellings were working their way into my thoughts, slowly taking control of my mind … My gut tightened, not because I believed him, but because that was what was happening to him. “… bugs are recluse creatures,” I said. “They don’t like being around people.” It would turn out that I was right. But not in the way I had meant it.

The Wall of Never Doubt: People whispered about her episodes, muffled words about how she looked like she’d left her body, gone somewhere perhaps before the accident—a place from where she didn’t want to return from. One thing Meghan had never told anyone was that, sometimes, when you come back from the dead, you don’t come back alone.

Get your copy of After Dusk from Amazon (US), Amazon (UK), and Smashwords.

This entry was posted on July 13, 2013 at 7:49 pm and is filed under Author Promotions, Authors, Coin Writers, Feature, Fiction, Publication, Reading. You can follow any responses to this entry through the RSS 2.0 feed.