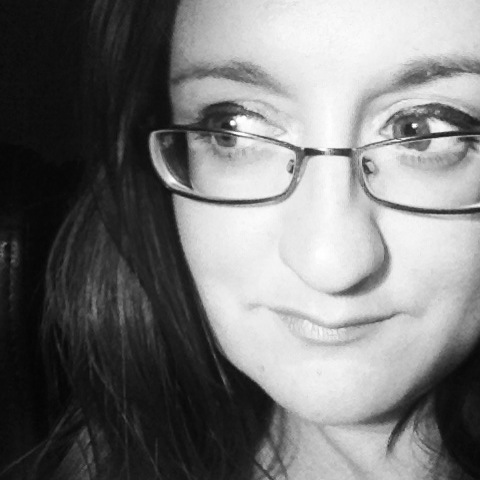 JODI CLEGHORN is an Australian author, editor and publisher with a penchant for the dark vein of humanity. Her debut novella, River of Bones (originally published as Elyora by Review of Australian Fiction) was short listed for an Aurealis Award. She is currently working on the novel adaptation of the epistolary serial Post Marked: Piper’s Reach with co-author Adam Byatt. 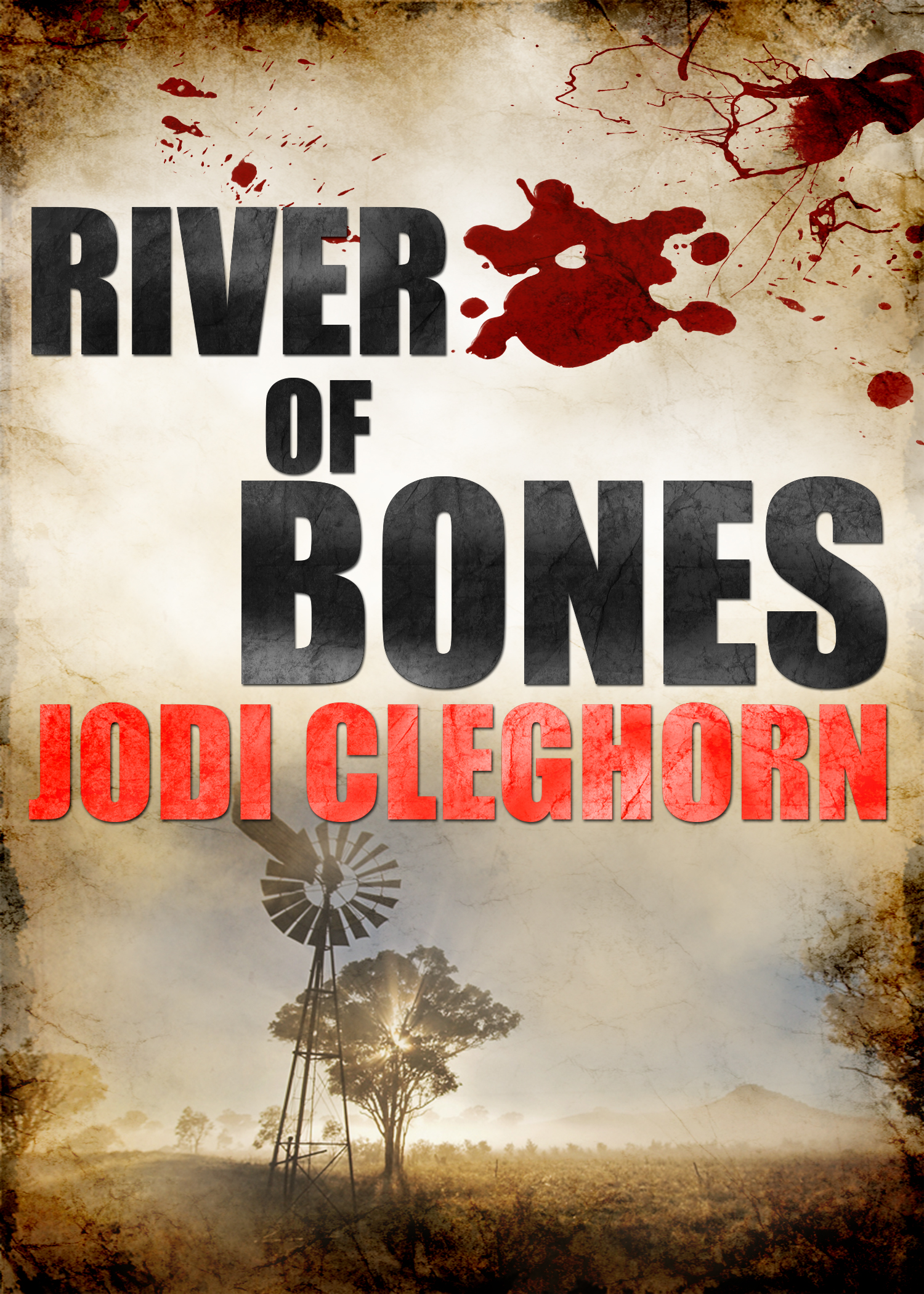 Have a taste of River of Bones…

The breeze carried the promise of rain and took the edge off the sweltering heat. The mercury dropped twenty-five degrees Fahrenheit in ten minutes. Ethan shut off the sprinkler, dragged the hoses under the house and returned the tray with the soup bowl and teacup to the kitchen. Enlivened by the cooler temperature and the soup, she eased herself out of the canvas chair she’d half-sat, half-laid in, reading The Moving Finger, the new Miss Marple mystery her sister had sent from the United States. Gus played in a large, muddy puddle, his small hands splashing at the water in delight. She carefully picked him up and wrapped his naked body in a striped towel, pressed him against her and swayed from side-to-side humming a song she couldn’t remember the name of. Gus squirmed to be free of the towel and her embrace, his arms reaching for the ground.

Ethan returned and collapsed the canvas chairs, stowed them on the verandah out of the wind and disappeared inside the house again. The trail of muddy water Gus had been playing in snaked up the hill to where she stood, and she watched it pool around her feet, turning the dirt to mud.

When the water had soaked into the ground, she looked across the tree line to the broiling air in the east and the enormous thunderhead looming above it. Thunder reverberated in the distance and lightning danced along the bruised underbelly of the storm. The wind picked up and she leant into it, letting it claw and drag her hair free from the loose bun. The skirt of her sundress snapped around her bare legs. Mulberry leaves tore from the branches above.

A sonorous boom shook the ground and a shower of purple-red berries fell like clotted blood, the riper ones exploding and staining the white and green floral fabric. Lightning ripped open the sky and lit the clearing in an x-ray brilliance that burnt an otherworldliness into it, stripping away the mock familiarity. She welcomed the transformation. The foreignness soothed her.

Gus wailed and she turned to stare at the baby in her arms: eyes squeezed so tight they disappeared in the flesh of his face, mouth wide-open and red in contrast. Staring into the gaping, angry hole she felt as though she would fall in and be lost forever within him if she didn’t look away. She covered his head with the towel and pulled him into the comfort of her emaciated breasts, bouncing him up and down.

Tiny dust clouds popped and fizzed on the ground in the wake of large raindrops, a peppered staccato that built rapidly into sheets of horizontal rain slicing across the clearing.

‘This is where you go to rot for the mistakes in your other life.’ That was what the man in her dream had said.

The branches of the mulberry bobbed and shook and bent in the wind above her. She imagined sinking her fingers into the moist earth below, burrowing to find an anchor.

…On her knees she planted rows of lavender and rosemary alongside the house. Bright petunias watered in the newly turned garden beds at the front. The townswomen laughed at her, their shrieks rising and falling in the wind.

This is not Germany. If you want bright, pretty flowers go home, Nazi bitch.

She pulled her hands free and madly wiped the filth down the front of her saturated dress. The wiping turned to slashing. She knelt on the black and white tiles, dragging Ethan’s razor through the soft flesh of her wrists. A carmine flood welled up and seeped down her arms, collected and spread outward like the tide that had flowed from her each time her body rejected the life growing within.

The humiliation of her tormenters bled out through her wrists, along with the pain and betrayal, the grief and the loss.

She looked across the clearing and saw white sheets and towels, blooming with stains, billowing in the wind; she heard failure in each squeaking rotation of the shiny Hills Hoist. The wind caught it and turned it faster. And faster and faster and faster until it became swirling waters and within the vortex women’s voices surged forth in song as the river broke its banks.

‘Eleanor? ELEANOR! Get out of the storm.’

Get out? I can’t leave the one place I desperately want to escape, she thought. But the thought—an echo augmented across the decades—belonged to hundreds of faceless women, nothing more than bones scattered along the river bed now.

‘ELEANOR! For Christ’s sake we need to get inside!’

A scream tore from her throat and she dropped to her knees, abandoning the baby to the mud. Rain drove through the canopy of mulberry and she was buffeted back and forth by the gale. Strains of the Andrews Sisters howled in harmony with the wail of the wind and she jammed her hands over her ears.

Eleanor was singing her down to the river.

Eleanor—forever free from the threats and terror, and rough bandages binding her wrists.

Eleanor. In the river. Exacting her revenge.

The slap brought her back to the present. Ethan lifted Gus out of the mud and yanked her to her feet, propelling them all toward the house, through the onslaught. His hand slipped on her wet, muddy arm and he grabbed hold of her dress to tug and drag her behind him as best he could. With each step she became heavier and Ethan struggled to pull her along.

‘NO!’ She screamed when they came to the Hills Hoist and she leapt forward to push him away. ‘I’m dead. Let her have me.’

‘You are not dead,’ he screamed in her face and they struggled beneath the washing line, spinning like a whirly-gig. ‘You will not die this time.’

The wind whipped his words away before they reached her ears.

He grabbed the belt on her dress and hauled her along by it. His hold on the baby was slipping and he begged her to help him or he’d drop their baby boy.

At the house he shoved her up the stairs as a deafening crack tore through the yard, followed by the scream of wood. They both turned to see the mulberry tree, rent in half by a lightning strike, crash to the ground, the smell of charred wood and ozone singeing the air.

She collapsed on the cold wooden steps and he left her there to take Gus inside. Her stomach threw itself against her gullet, until there was nothing left to purge. When he returned he found her passed out.

‘‘‘This is where you come to rot for the mistakes you made in your other life.” That’s what he said,’ she whispered, her teeth chattering.

They sat side-by-side in front of the combustion stove.

‘Life isn’t about mistakes. It’s about hope,’ he said.

‘There’s no hope,’ she said looking up through lucid eyes, ‘Not for Eleanor or Ethan. Nor for us.’

Get your copy of River of Bones from Amazon.com

Follow this special link that will take you to your region’s Amazon link:  viewBook.at/B00CC481S0

This entry was posted on July 6, 2013 at 10:48 pm and is filed under Author Promotions, Authors, Feature, Fiction, Reading. You can follow any responses to this entry through the RSS 2.0 feed.